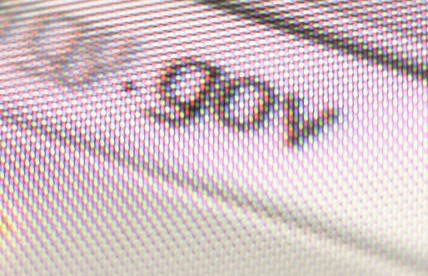 To find answers to my questions, I Googled “digital government.” The first definition the search engine turned up was from the Brooking’s Institute: “E-government refers to the use by government agencies of information technologies that can strengthen democracy and make governments more accessible, effective, and accountable to the needs of its citizens.” The next definition was from digitgal-government.net. Their take is that :digital government” is the “realization of the mutual duties and responsibilities between people who govern and those who are governed in the “digital space.” Both those definitions make sense to me, but the definition I found that resonated with me the most is from Gavin Newson’s book Citizenville. Newson describes “digital government” as “a new way of thinking about the relationship between people and their government.” The reason I like this definition is because Newson makes it clear that “technology” is not a condition of the relationship. This definition accepts that technology is always a part of the relationship – the technologies may change, and the changes affect the relationship, but the relationship is always there. “Digital” is the new technology – digital, mobile, pervasive, connected. The technology is neutral – it’s what we do with it in our relationship that can lead to positive or negative results.

In this month’s IoUC videos and book review, which is on Newsom’s Citizenville, Tom and I explore how the relationship between governments at various levels – city, county, regional, state and federal – and the constituents of various governments are faring under technological advances, such as new channels of communications that lead to new expectations from citizens in terms of time and results. We also explore how these new expectations can lead to certain benefits – efficiency, problem resolutions, cost savings – and certain consequences – stress, frustration, mistrust. The advent of the digital age has brought disclosure and revelation about how government can operate under the radar of public and media scrutiny (NSA, Snowden, WikiLeaks at the federal level, for instance), as well as transparency and open access (President Obama’s open data initiatives). The digital age has also created opportunities for self service, citizen engagement and empowerment (Code for America, community hackathons, online activism).

In addition, we take a look at some of the “new” rights that we, as citizens have because of technology and our digital environment. But rights also imply responsibilities, duties to balance the demands we place on our governments and the resources we are willing to provide in exchange for governments meeting those demands (i.e. taxes). Some examples Tom and I discuss include: the right to information; the right to the Internet/technology; the right to freedom of expression and the right to be heard; the right to privacy and protection of personal data; and the right to be governed fairly in the channels in which we interact with everyday –including social media and mobile apps. There is no online Bill of Digital Rights that exists as a legal document written and approved by a government at any level. Instead, our “new” digital rights exist, fittingly, in a virtual sense and are based on various sources, surveys, research reports, and articles outlining what citizens seek from their governments.

Our final video discussion focuses on data and privacy. This topic is another balancing act! As digital citizens we require access to government data 1) we paid for with our tax dollars; and that 2) can lead to innovation for solving problems in our communities. But as digital citizens we are also asking all of our governments to protect our information and safeguard our privacy. How much is too much when it comes to customizable marketing practices, some of which we believe is intrusive. One expert even called it “creepy.” On the other hand, we have read about the recent hacks to the federal government’s human resources database in which millions of federal employees’ records were stolen. Are governments subject to enhanced scrutiny because they are governments, or can governments, the federal government in particular, be seen as struggling against cyber theft as all businesses are currently doing – nothing more, nothing less?

As with most IoUC themes, the topic of digital government is so broad that we can’t cover it in month. We certainly can’t cover it in this one blog! Tom and I invite you to join us in this conversation and to share that conversation with your colleagues, family, and friends. Please also share your thoughts with the IoUC audience on Twitter with #IoUCDigGov and on Facebook.com/TIOUC. Whether your thoughts are about transparency, open government, collaboration, new citizen rights, or your own experience with your relationship with your government, one thing is for sure. There is a relationship between governments and their people. For in the end we remember Theodore Roosevelt’s words: “The government is us; we are the government, you and I.” 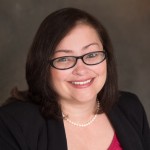 Additional resources for information about digital government can be found at:

Dr. Marci Campbell, Instructor at the Carl Vinson Institute of Government at the University of Georgia, will be this month’s guest on the IoUC blog talk radio show Nov. 19, 2015 at 11:00 am EST. Look for the show on the radio section of the IoUC site after the 19th or join us live at http://www.blogtalkradio.com/iouc/2015/11/19/iouc-government-and-citizen-rights-in-the-digital-age.