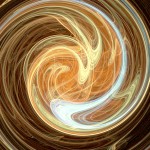 This holiday season, in churches large and small and of every demographic across America, pastors are more aware and accepting than ever of how the Internet is changing the physical and spiritual experience of their congregations.

That’s the conclusion of a study titled Cyber Church: Pastors and the Internet that the Barna Group conducted and released in February. (https://www.barna.org/barna-update/congregations/706-cyber-church-pastors-and-the-internet#.VluCU8rkZpg) This is the second of two studies of U.S. Protestant church leaders that Barna has undertaken. Barna conducted both studies, the first was in 2000, in an effort to look at pastors’ use of the Internet and their attitudes towards it. The Barna Group is a private, non-partisan, for-profit organization in Ventura, Calif. that conducts and analyzes primary research to understand cultural trends related to values, beliefs, attitudes, and behaviors.

I am especially interested in the results of Barna’s most recent study because of this month’s IoUC theme – the impact of technology on religion. I was hoping to find a study of technology’s impact on religion in general, but repeated Google and other searches failed to turn up anything definitive on a broad base of faiths. More on that later.

In the Barna study released earlier this year, researchers looked at pastors’ use of the Internet and their attitudes toward it since 2000 and came to two broad conclusions. One is no surprise. Church leaders, like the rest of us, have significantly increased their use of the Internet for personal, pragmatic, and work reasons. The other finding has far greater implications for local churches and worshippers as well as the church – and other faiths – as an institution. Pastors have come to accept the Internet as an essential tool for ministry and for facilitating religious experiences among their members.

According to the study, 87 percent of the pastors responding to the survey said they believe it is theologically acceptable for a church to provide faith assistance or religious experiences to people through the Internet. This is up from 78 percent in 2000.

That didn’t surprise me, but this did: Just about half of the pastors in the study believe people will have all of their faith experiences online within 10 years. The study found that 11 percent of pastors surveyed believe this is definitely true, up from 7 percent in 2000, while 36 percent say people probably will, up from 20 percent in 2000.

While pastors are increasingly open to people experiencing religion online and even willing to use the church as a conduit to make that happen, the study showed they are skeptical about online becoming the only way people interact with their faith. That’s because much of a pastor’s role, and the role of the church, is about presence, Roxanne Stone, a Barna vice president, wrote in her analysis of the study. She wrote about presence in the sense of being physically among a community of believers, taking part in congregational prayer and worship and in activities such as taking part in communion.

It’s hard to do these from a screen, be it a computer or mobile device.

The Barna study’s look at pastors’ views about the impact of the Internet on their church and religion in general prompted a deeper dive to find studies that showed actual results. That kind of definitive study, it turned out, apparently hasn’t been done.

The Pew Research Center, for instance, conducted two major religious studies in 2007 and 2014 but didn’t include technology among the questions in their surveys (although they said it’s a good idea and will consider using that question in the future). Another researcher, Allen Downey, a computer scientist at the Olin College of Engineering in Massachusetts, believes he found a link between the Internet and religion. Downey analyzed data from the General Social Survey, which the University of Chicago has conducted since 1972 to measure attitudes and demographics, and believes he found a correlation between an increase in Internet use and a decrease in religious affiliation. His conclusion, however, is based on a correlation between statistics and, as statisticians know, correlations do not always lead to a specific result.

Perhaps it’s too early to know specific results of how the Internet and technology are impacting religion. After all, the Internet has only been in general use for 20 years. Even now we’re still just nudging away from the starting point of what will be a long timeline to measure the results of this cultural trend. In the meantime, perhaps the best we can do in understanding how the Web is affecting our interaction with our church or place of worship is to share the experiences of how the Internet is affecting our own faith journey.

I’ll kickoff the conversation by sharing how I use the Internet to connect with my church, a Presbyterian church in Atlanta. I don’t read scripture online, but I like using the Internet as a way to revisit sermons online and the church’s website as a way to stay aware of upcoming events. Also, a church couples group my wife and I belong to uses an email list serve as a way to inform others in the group about our monthly meetings and important events in the lives of our members.

I hope you’ll share how technology is impacting your faith journey in the comments section below or via social media using #IoUCRelTech. 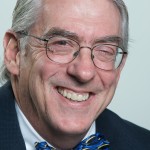